Dr Nicolosi had agreed to be an IFTCC Director before his untimely death in 2017. In the short film “Joseph Nicolosi: a True Friend”, some important uniquenesses about Nicolosi’s work are explored – for example, the link between shame and homosexual feelings.

The full film “Joseph Nicolosi – a True Friend” is now available for free – see below.

Also below are some clips introducing and discussing the film.

Introduction to the Film

“Coming out”,  and exploring sexual fluidity

Something of Dr Nicolosi’s passion and compassion is evident in this 28 minute interview with Dr Joseph Nicolosi. – filmed shortly before his death in 2017. The interview was conducted as part of the “Voices of the Silenced Project” (Core Issues Trust).  Nicolosi talks about the psychology of “coming out”  and the basis of difference between gay activists and those supporting individuals to explore their sexual fluidity and goal of changing unwanted homosexual feelings.  Dr Nicolosi talks about the nature of the therapeutic relationship in such work, and the various modalities that are of use in supporting this population group.  This is an important contribution to our memory of Joseph Nicolosi.

Dr Carolyn Pela (Past President of the Alliance for Therapeutic Choice and Scientific Integrity) and Alliance Board Members Dr Joseph Nicolosi and Dr Mike Davidson discuss ongoing work that Dr Pela and Dr Nicolosi were doing in a research project about the effectiveness of therapeutic interments with same-sex attracted persons, before Dr Nicolosi’s untimely death.  The full research report is due shortly, but this brief interview explains something of the research goals that the project focused on.

The “Voices of the Silenced Project” felt it was important to capture the moment Dr Nicolosi’s colleagues and friends reflected on his life and work following a memorial service in Los Angeles California. Among the speakers are Psychiatrists, Benjamin Kauffman and Anthony Duk, Ministry leader and ex-gay veteran Andrew Comiskey, and psychotherapists David Pickup and Robert Vazzo. Also featured is Marriage and Family Therapist and Psychologist Professor Carolyn Pela among others. This is a rich, memorial reflection of an innovative thinker who was profoundly compassionate towards his many clients and passionate about the rights and freedoms of individuals wanting to decide their own destinies and identities.

You can purchase the DVD of “Joseph Nicolosi: a True Friend” 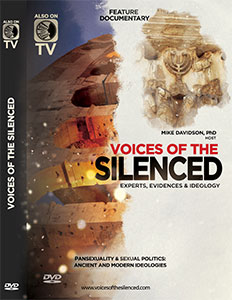